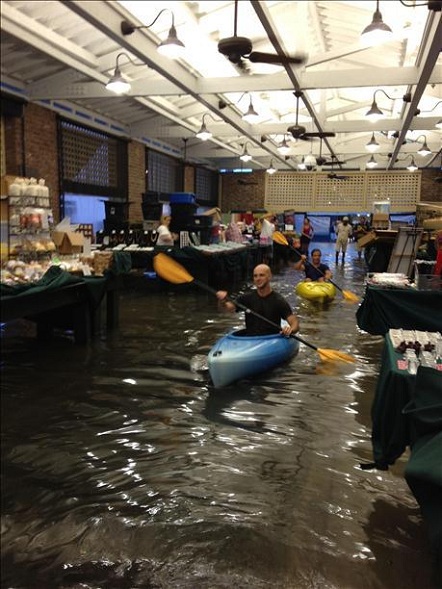 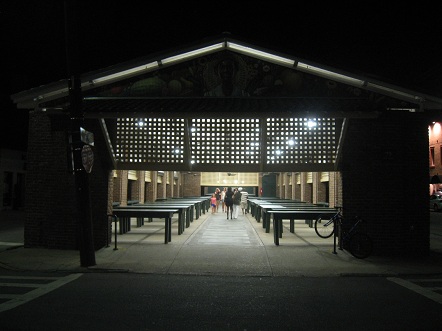 Hurricane Isaac caused severe flooding in Charleston at the end of August, transforming the aisles of the recently renovated City Market into a river.

The rains turned to sunshine though – when a month later the more-popular-than-ever City Market was honored with the prestigious Phoenix Award from the Society of American Travel Writers, awarded to
“recognize individuals and communities that have enhanced a travel experience through conservation, preservation, beautification or environmental efforts.”
Charleston City Market (http://www.thecharlestoncitymarket.com)

Here is the citation from the Society of American Travel Writers:
The City Market in Charleston, S.C., was erected in 1804 and is one of the oldest public city markets in the U.S. The central fixture of commerce in the local economy for many years, the City Market eventually became a core tourist attraction and is the most popular public attraction in Charleston, though it had become worn. Recently, extensive renovations were made to rejuvenate the venue, increase its viability in attracting tourists and locals, and preserve its role as a living, vibrant piece of Charleston history. A committee member wrote: “The Charleston City Market has reemerged as a thriving business and visitor center thanks to the hard work of several groups. This nomination has me wanting to make a visit, soon.”
http://www.satw.org/index.php/awards/phoenix-award?id=51