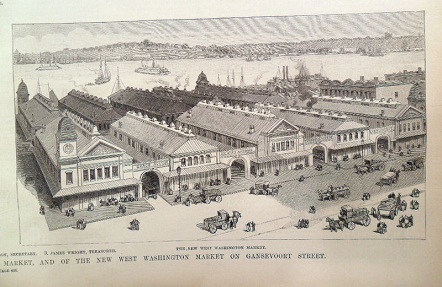 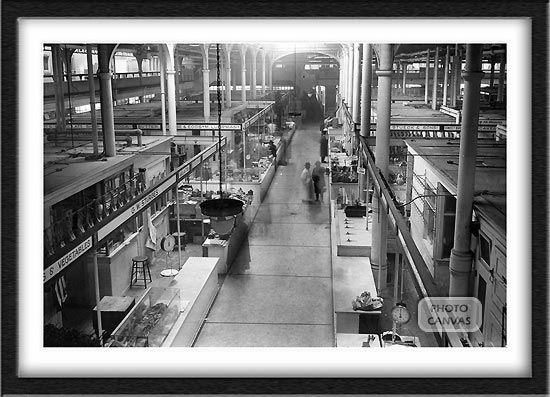 If New York City’s vast Washington Market – once the grandest of grand markets – had not been ignominiously destroyed – it would be celebrating its 200th birthday in 2012.
Let me be the among those who remember to send a hearty shoutout, loud enough to perhaps stir any ghosts remaining from 1962 when it fell prey to urban renewal and was moved to the hinterlands of Hunts Point in the Bronx.
The Washington Market grew over the decades to eventually cover 12 blocks of juicy real estate from the area around the former WTC site, west to the river and then north along Washington Street. It was a dominant market district “…without doubt the greatest depot for the sale of all manner of edibles in the United States.”
Few know that Washington Market was the successor of an even earlier market on land contributed by Trinity Church who “released their right and claim to the ground forever on which the same is proposed to be built for the use of the market forever.” This does raise an interesting question – was Trinity Church’s bequest of a ‘market forever’ violated? Should the church land still be used for a market in perpetuity? Perhaps an eager beaver might want to look into the matter of reestablishing the Washington Market as of right?
Happy Birthday Washington Market – thanks for the memories.