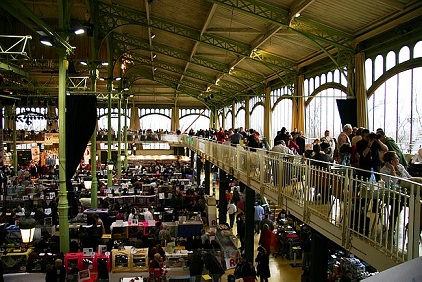 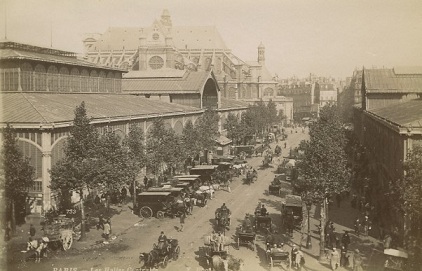 While many already know this – I just discovered that one of the last halls of the famed Les Halles in Paris was saved, moved and reconstructed to the nearby town of Nogent sur Marne.

The halls (or pavilions as they were sometimes called) were designed by the architect Victor Baltard in the 1850’s.

Les Halles served the people of Paris for over 800 years and was referred to as the ‘Belly of Paris’ and I am about to start reading a book of that name by Emile Zola.

There were many markets on the site – and Les Halles replaced the Marche des Innocents which was largely open air, centered around a large fountain.

The relocated pavilion is serving its new location well as a venue for markets, fairs, meetings and other large gatherings.

PHOTOS
Top – the relocated pavilion in Nogent sur Marne during a ‘cat show’.