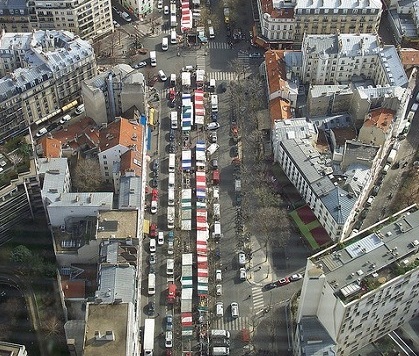 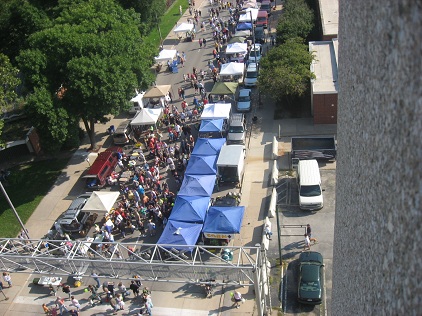 What do Paris and Cedar Rapids Have in Common?

Not much you say? Well, actually both love their markets and both cities have suffered historic setbacks.

Paris, as we know has bounced back many times and is one of the great cities of the world.
Cedar Rapids was nearly wiped off the map three years ago by a devestating flood, but is coming back nicely with a new market as a centerpiece of the revival.

Yesterday, I returned to the New Bohemia neighborhood in downtown Cedar Rapids and worked with the team designing the ‘New Bo’ City Market (nickname for New Bohemia). Much of the historic architecture was spared in New Bo and many of the residents and entreprenuers are more inspired than ever to be a living part of the revival of their neighborhood, and a symbol of can-do for the city.

Cedar Rapid’s devestation would have been much worse had it not been for the selfless spirit of her people – there was a huge outpouring of local volunteerism to stem the tides of despair, clean up and resume life with some normalcy when there really wasn’t very much.

Markets are one of the most comforting of experiences and Cedar Rapids has a hugely popular downtown farmers market that is providing the bounce to start the New Bo Market.

Lots of great planning went on yesterday and we look forward to this market opening soon and being a light for Cedar Rapid’s future.