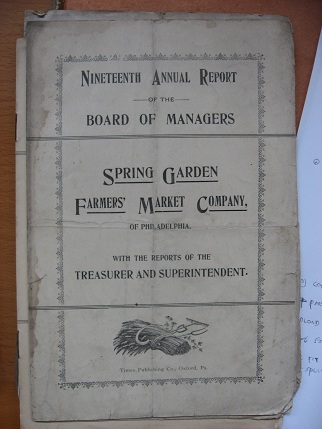 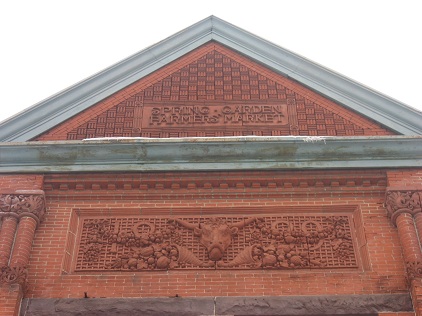 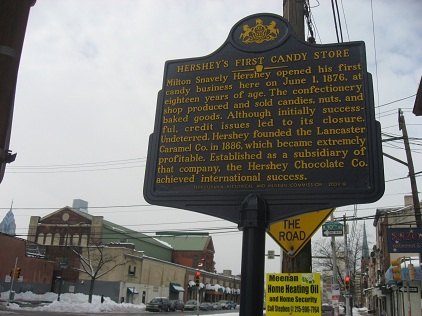 The Spring Garden Farmers Market closed decades ago and has been a boxing arena, a repair shop and most recently a Spaghetti Warehouse Restaurant for the last 25 years that just closed. Its next incarnation will be as a music hall – hopefully they will give some respect to the building and bring glory back to this high-ceilinged hall with it’s magical arrangement of trusses.

Today, there was an on-site auction by Barry Slosberg Auctioneers selling off the decorative contents, kitchen equipment and other leftovers from the Spaghetti Warehouse Restaurant. Unfortunatley, there were no artifacts or ephemera from the market in the auction.

It was a good opportunity to explore the market hall, which is exactly what I did. The exterior has been pretty badly deformed with cheap facade materials and stucco covering up much of the original look with the exception of the magnificently chiseled terra cotta pediment, high above the main entrance, bearing the market’s name, opening date and a relief of a bull flanked by twin cornucopias.

Inside the market hall, there is much original structure that can still be enjoyed – the soaringly high ceilings, trusses, operable clerestory windows and interior brick wainscoting.

Philadelphia had many market halls, twenty were still operating as late as 1912, dotted around neighborhoods selling produce from the surrounding counties and exotica shipped in from around the US and the world.