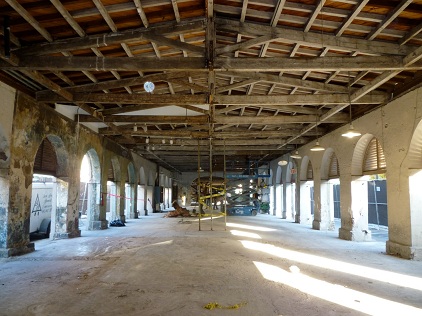 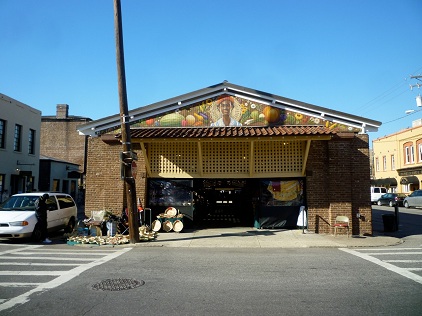 Shed by shed, and block by block – the carefully planned and classic renovation of Charleston’s historic City Market continues, all while hundreds of colorful market vendors remain open for business 365 days a year.

Glenn Keyes Architects is in charge of the design – although that word really needs qualification since the market is not being ‘designed’ it is being restored. Glenn is one of the leading classical architects in Charleston, which is saying a lot, because Charleston is one of the leaders in classic architecture and preservation in the United States. The series of open sided sheds were built over a few decades, beginning in 1788, and occupy the prime location in the heart of the historic district. The renovation’s are very sensitive to the original structures and have been undertaken while the market remains open – a huge challenge!

The vision and muscle behind the renovation is the newly created City Market Preservation Trust formed by local businessmen and civic leaders Hank Holliday, Steve Varn and Lawrence Thompson. The trio stepped up after they felt the market’s quality and character was slipping as the surrrounding storefronts, restaurants, hotels and residential areas were making a comeback. They were chosen in an open competition by the Mayor as the first step in his plan to retain the market’s character while bringing it into the 21st century.

Charleston’s longtime and popular Mayor, The Honorable Joseph P. Riley, Jr., has been an enthusiastic market booster and recently announced that the overhead wiring around the market would be buried underground during the concurrent effort to improve drainage in the low lying market district. And perhaps the best news of all, Mayor Riley also indicated serious interest in reerecting a long gone shed to showcase Charleston’s burgeoning local food producers and reconnect the linear market sheds all the way back to the watefront where they started back in the late 1700’s. This would be a capstone acheivement for a great historic district and complete the market’s renaissance.