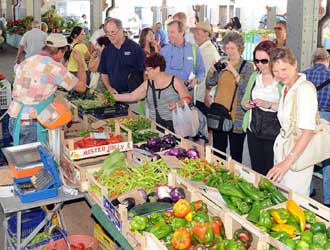 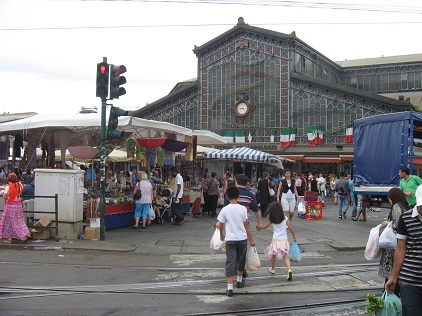 Turin has the most market stalls per capita of any city in Europe – grandly evident in the 1000+ vendor Porta Palazzo Market that has four enclosed pavilions, two sheds and countless outdoor vendors.
I visited a dozen or so markets (there are over 50) last week with a market-centric Detroit delegation; Dan Carmody, Kathryn Underwood, Pam Weinstein and Sarah Fleming. We also met behind the scenes with planners, designers, administrators,politicians, managers and vendors to learn how their markets work from multiple perspectives.
The delegation’s visit was arranged by Brett Riddle from the German Marshall Fund with assistance from the Kresge Foundation, to better understand the role that markets and food played in the revival of Turino’s economy.
Many of the vendors are from old Turinese families while equal numbers are new arrivals from Eastern Europe, North Africa, South America and China.
The visit was invigorating and filled with much talk about ways to import some of Turino’s ideas and successes to Detroit.